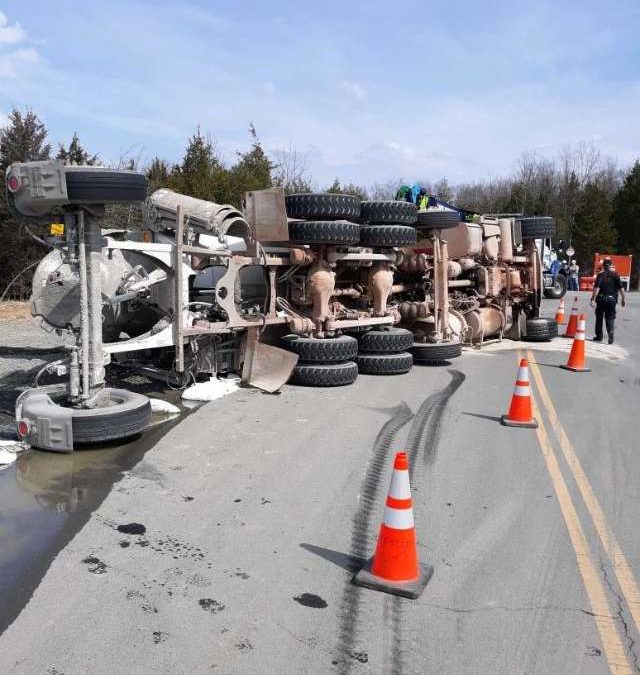 Heavy Duty Towing Team Is On The Clock to Upright Mixer

Police requested a heavy duty towing team’s presence outside of a job site on Energy Park Drive in Leesburg, VA. A concrete mixer had rolled over while it was turning off the main road and into the job site, blocking both the entrance and exit to the site. To make matters worse, this accident happened right before the end of shift! The Road Runner team arrived to find 400 employees trapped in the parking lot, unable to go home to their families.

If a rolled over mixer and 400 restless construction workers wasn’t enough pressure, the site manager was also in a rush as the company wasn’t particularly excited about having to cover overtime pay for 400 workers! Thankfully, the Road Runner team has always persevered under pressure. Certified tow truck operators Tom and David (Road Runner’s CEO) analysed the scene. This extremely tricky job was made even more difficult by the tight time frame. That being said, with the right experience and the right equipment, no job is impossible.

Using a rotator, Tom and David worked in unison to quickly and safely upright the mixer. The 400 workers only had to wait an extra 15 minutes before making their trips home. An inexperienced team would never have been able to pull off what Tom and David did! Thank you for exemplifying Road Runner’s dedicated and professional services. 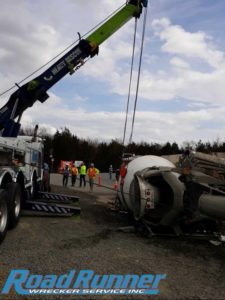