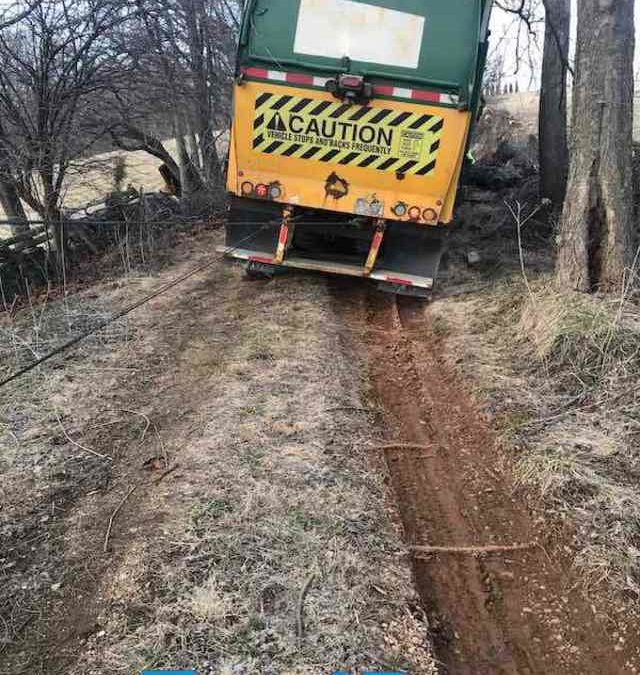 A garbage truck was in need of a heavy recovery after his navigation system decided to take him on an adventure. We’ve all had one of those situations where you trust your navigation system to take you from point A to point B without any hiccups. Suddenly, you find yourself on a dirt road in the middle of nowhere with no reception. Technology is great, but sometimes it definitely does take us for a loop.

This unlucky driver thought he was turning his truck on a public road when in reality he was turning onto a muddy private road belonging to a local farm. The cows definitely got a show when the garbage truck was stuck in the mud and unable to turn around. As luck would have it, David Butcher,, the CEO of Road Runner Wrecker Service happened to be in the area. He knew that bringing a large wrecker to the scene would most likely end up with the wrecker stuck in the mud as well. He decided to attempt the tow using a four-wheel drive little wrecker.

With some expertly placed snatch blocks and wire ropes, he successfully managed to move the truck out of it’s muddy jail. He then had to back up with the truck for half a mile until they found a suitable place for the truck to turn. All in a day’s work for our CEO! Great job David! 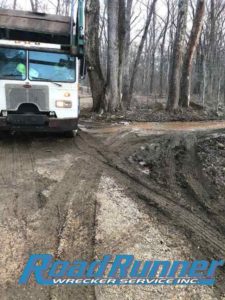 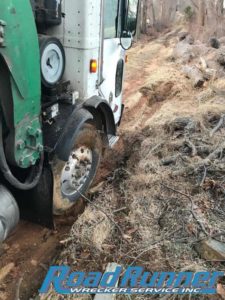 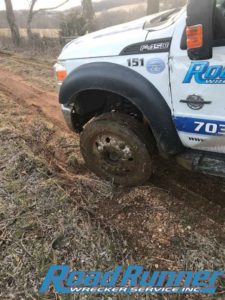